The Muskegon Museum of Art will present a lecture by National Book Award Winner & New York Times Op-Ed Writer Timothy Egan at the Frauenthal Center in Muskegon on Thursday, May 17 at 7:30 pm. The event is planned as part of the MMA’s historic exhibition, EDWARD CURTIS: THE NORTH AMERICAN INDIAN. Egan will speak about his 2012 award-winning book, Short Nights of the Shadow Catcher: The Epic Life and Immortal Photographs of Edward Curtis and will be available to autograph books following the lecture. Tickets are $10 and are available at www.StarTickets.com or at the Frauenthal Center box office. 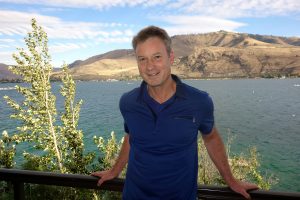 Egan’s story of the life of famed photographer, Edward Curtis, has won praise for its compelling narrative, graceful, prose, originality, and the humanizing of both Curtis and the Native Americans he photographed and admired. Among other awards, this bestselling biography won the Carnegie Medal for the Best Nonfiction Book of 2012, and also was recognized with starred reviews from Booklist, Kirkus, and Publisher’s Weekly. 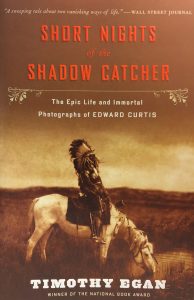 Egan worked for 18 years as a writer for The New York Times, first as the Pacific Northwest correspondent and then as a national enterprise reporter. He continues to write a lively opinion column for the Times. His other books include the recently best-selling The Immortal Irishman, his National Book Award winning history of the people who lived through the Dust Bowl, The Worst Hard Time, as well as The Big Burn, The Good Rain, Breaking Blue, and Lasso the Wind. Egan also won the Pulitzer Prize in 2001 as part of a team of reporters who wrote the series How Race Is Lived in America.