There were three individuals inducted, Jack Bails, who served 28 years within the Michigan Department of Natural Resources. Tanya Cabala, a former teacher and resident of the White Lake area, has been an environmental activist since 1989. She worked with the White Lake group to get White Lake delisted from the area of concern. Merrill “Pete” Petoskey, devoted his personal and professional life to conservation. He paralleled the trajectory of the state’s ever-growing wildlife management regime from the 1940’s through the 1970’s.

Inducted into the Legacy Circle was Marcus Schaaf. Marcus was Michigan’s longest serving state forester, having served from 1910 to 1949.He pioneered nursery operations and reforestation as well as public forest administration.

The Sunrise Youth Award was presented to the Freeman Elementary School of Flint. The students took steps that took the lead down from 20 times the US EPA level to 15 parts per billion.

In the Non-Profit category, the inductee was the Detroiters Working for Environmental Justice. It is dedicated to providing all Detroit residents with the tools they need to play a meaningful role in the decision making process concerning environmental issues.

Former Lt. Governor John Cherry was the guest speaker and spoke about the environment and the role individuals play in protecting it. 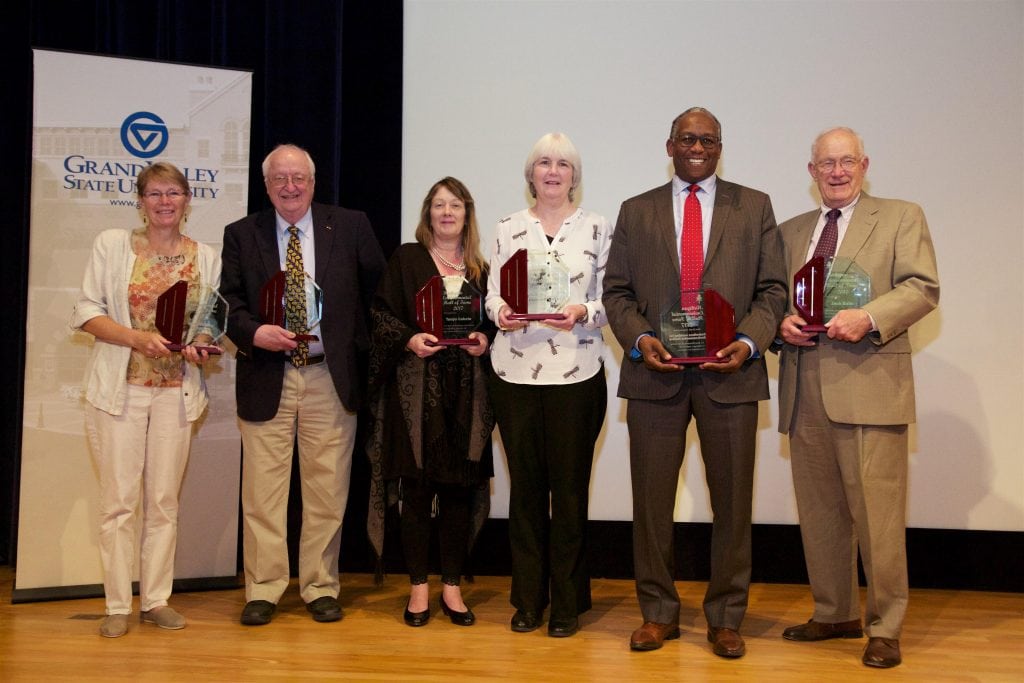