Gratton, Humphrey named to US Under-17 Select team

Lumberjacks Tyler Gratton and Ryan Humphrey have been selected to the United States Under-17 select team that will compete in the Five Nations Tournament this coming August.

The tournament runs from the 13th to the 17th in Fussen, Germany and features Slovakia, the Czech Republic, Switzerland, the United States, and host Germany. Team USA technically opens play on the 11th, when they face Germany in an exhibition match.

Team USA will have games against each participating nation during the round-robin style tournament.

The tournament features top players in the world at the U17 level (2003 birthyears) and will offer Gratton and Humphrey elite instruction and competition.

The Americans are coached by Matt Curley, the head coach of the University of Alaska-Anchorage. 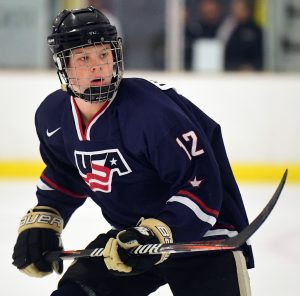 Gratton was tendered by Muskegon ahead of the 2019 USHL draft, so the defenseman from Pottstown, PA will be on the Jacks’ 23-man roster this season. Committed to Penn State University, Gratton has already drawn high praise from head coach Mike Hamilton and assistant coach Josh Nelson. 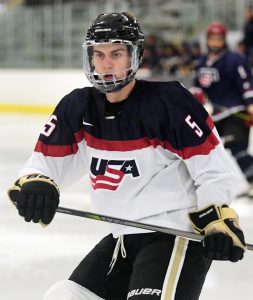 Humphrey, like Gratton, is a 2003-birthyear. However, the forward from Northville, MI, isn’t nearly as well known in Muskegon. A 7th-round pick in the 2019 USHL Phase I draft, Humphrey is a dark horse to make the Lumberjacks’ roster out of training camp. The Honeybaked product is not yet committed to play NCAA hockey, but making the Under-17 Select Team will certainly get the attention of colleges nationwide.

“We’re not surprised at all that Ryan made this team,” said Hamilton. “He was impressive in our main camp. So much so that we’ve invited him to training camp in September. I would anticipate him seeing some game action with us in Muskegon this year.”

Gratton and Humphrey will join an illustrious list of American players who have competed in this tournament. Past skaters include Brock Boeser, Ryan McDonough, Patrick Kane and Dustin Brown.