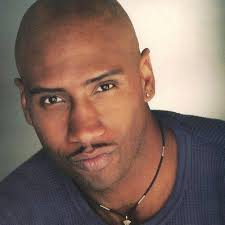 The annual event celebrates the memory of Dr. Martin Luther King Jr. and seeks to build understanding in the community.  Immediately following his talk, Wilson’s first book, “The Law of Action” published in 2017, will be available for purchase and he will be signing copies.

At 10 a.m., the next dialogue of the Community Gathering Initiative, which is free and open to the public, will be held in Stevenson Center Room 1300.

Wilson’s natural knack for artistic expression had him dabbling in, and even mastering, almost every art form he encountered. Battling manic depression from an early age, these outlets would save his life and shape an award-winning career as a spoken word artist, pianist, actor, singer, rapper, dancer, and activist.

He began his speaking career in the N.A.A.C.P. at the age of 15 and has always had a passion for social justice. He attended Florida A&M University, where he obtained his B.A. in Theater Performance. Upon graduating, he interned as a full-time actor in the St. Louis Black Repertory Company, where he was introduced to Slam Poetry, and has never looked back. He is a founding member of the Denver Slam Nuba team, who won the National Poetry Slam in 2011.

A resident of Denver, CO, Wilson teaches and lectures on poetry with the Art-From-Ashes nonprofit poetry therapy organization. In 2013, he began speaking with Rachel’s Challenge, an organization started by the family of Columbine victim Rachel Scott.

Wilson has opened for performers such as Dead Prez, The Flobots, Bahamadia, Saul Williams, Taylor Mali and Universes. He has participated as a featured speaker in several TEDx Mile High Productions. In 2017, his TED Talk entitled, “A Black Man Goes Undercover in the Alt Right,” was seen worldwide, amassing a total of over 12 million views.  He has been featured on BuzzFeed, CNN, Good Day Canada, and TV One.