MUSKEGON, Ml -The MuskegonCity Public Art Initiative (MCPAI), announced today that it is in the planning and development phases for a seventh project – this one destined for Muskegon Heights. MCPAI was established in July of 2018 to .9evelop and oversee the commission of 10 monumental works of public art and is a project of the Community Foundation for
Muskegon County.

BAND TOGETHER is the title of a new sculpture destined for a redesigned and expanded Rowan Park 1n downtown Muskegon Heights. It will be a dynamic 12-foot bronze sculpture on a 36-inch pedestal of a Muskegon Heights Public Schools Marching Band Drum Major in the full-color uniform originally designed by Floyd Cook, Jr. Cook was asked by his band director, Albert Meerzo, in the summer of 1958,to not only be the first African American drum major for Muskegon Heights but to also design a new uniform for the role.
The sculpture will be installed October 2023 as a prominent feature in what will be a redesigned and renovated Rowan Park on West Broadway Avenue in the heart of downtown Muskegon Heights. 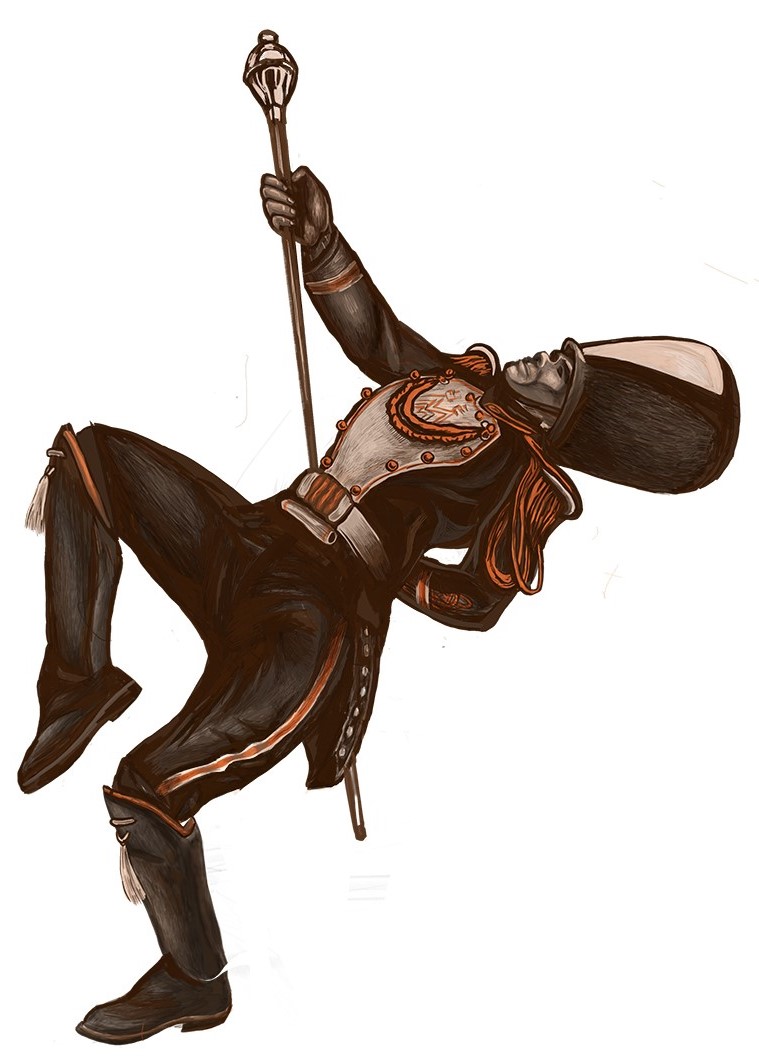 The redevelopment of Rowan Park and the block that includes the
historic Strand Building will include a splash pad as well as picnic, play, and community event space. Included in the plan for Rowan Park is this new work of public art, BAND
TOGETHER.

According to Troy Bell, the City Manager, “Our city was doing great things, but without both the vision and a plan, there was no focus. Now we have defined an emphasis that is clearly concentrating on creating downtown Muskegon Heights as a family destination. The Rowan Park-Strand Facility will be that destination for families, children, and shopping; it includes art, green space, a festival promenade, retail, residential, and business space, as well as a makers’ space”.

BAND TOGETHER will be a great symbol of the pride, indeed, the Tiger Pride, of the entire community. It is designed as a tribute to the remarkable story of the Muskegon Heights High School Marching Band, which honed its unmistakable style of marching in the high-stepping, dancing, and swinging style of historically black colleges over decades, but particularly under the leadership of Robert Moore, who was the Muskegon Heights Public Schools Band Director for 40 years, from 1971 to 2011.

In 2007, Mr. Moore said, “Other schools in the area have traditions,” former and beloved long-time Band Director Robert R. Moore said in 2007, “I think we have a legacy.” MCPAI agrees with Moore and believes that BAND TOGETHER can and will help rebuild that legacy for Muskegon Heights.

“No town can embrace a renaissance like we are planning for Muskegon Heights without having public art at its core. As part of the Rowan Park Strand Facility development, BAND TOGETHER is a great example of great public art which can bring our community together to celebrate the rich and beloved history of the Muskegon Heights High School”, said Mr. Bell. “With the BAND TOGETHER installation as the foundation, we will build a new Rowan Park-Strand Facility that will become another bright point of pride for the Greater Muskegon community.”

Signage that tells the story of the Muskegon Heights Marching Band and lists the drum majors, band directors and significant band awards from 1925 forward, along with major donors to this project, will also be installed at Rowan Park.

The budget for this project is $195,000, which includes not only the original larger-than life bronze sculpture but also the footings and foundation, lighting, donor recognition signage, and installation equipment and labor. MCPAI is proud to announce that it has raised to date two-thirds ($129,100) of the total goal thus far, with just $65,900 to go.

People who would like to donate may send their contributions to the BAND TOGETHER Sculpture Fund at the Comm1.,1nity Foundation for Muskegon County, 425 W. Western, Muskegon Ml 49440.